Using a Letter of Understanding after the contract is signed to create clarity and set measurable expectations.

A Letter of Understanding (LOU) is often used to help form a contract by summing up the terms which may have been negotiated only in spoken form. It is the basis for setting the terms in the agreement. This agreement can be an excellent tool for after the contract and during the engagement to create a more effective partnership. It should be modified after the contract to reflect in understandable language the outcomes for both sides.

A Letter of Understanding post contract execution (LOUps) can be instrumental in optimizing the value of a vendor/client partnership. A LOUps is a communications tool between both parties that outlines what each side can expect from one another. 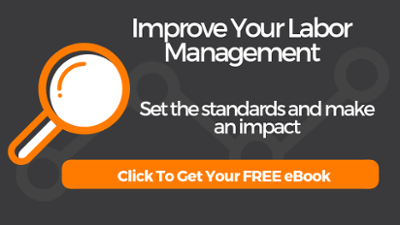 It should be written in clear language (not contracted) so that all the participants in the relationship can easily understand it. This is not a legal document nor does it replace or amend anything in the contract. It is merely a tool for effective communications.

The LOUps should outline what each party can expect of the other party. It can and should reflect the critical terms of the contract and should also go beyond in areas that are important but don’t fit in an agreement. Both sides should work together to create this.

The vendor’s LOUps should include contractual KPIs and also any other that enhances the performance. The contractual KPIs can be written in a more clear and concise language than what may be in the contract, so everyone involved understands what the expectations are.

Any KPI outside of the legal contract is not legally binding and is meant to create outstanding communications and enhanced performance. You don’t want to share the contract with everyone, but the LOUps should be made mandatory reading for all people involved in executing the performance.

Some examples the client may include that will make the relationship better are cleanliness expectations for bathrooms and break areas, parking lot guidelines, or maintaining 5S protocols.

As a vendor, I often put in something about maintaining an environment of respect on both sides. I don’t want to subject my people to abusive behavior, and it is essential that my client agrees. When issues arise, it is nice to have the LOUps to refer back to.

LOUps is used as the basis for business reviews. LOUps needs to be itemized for each point and the appropriate value entered for measurable KPIs. Where it is a subjective matter and not measurable, have the one party rate the other on a scale with commentary as needed. This allows both sides to improve the partnership and makes for a better working relationship.

If you have a customer who refuses to participate because they view a vendor relationship as a one-way street, it is a warning sign to what the relationship will be like during the term of the agreement. If you do decide to work with them, you better make sure the profit margin is worth it.